I was in a meeting the other day where my goal was to stay awake!  You see, the leaders of the meeting were determined to use lingo and obtuse language.  One such phrase was "utilized methodology."

Now I bring my sleepy problem to you to ask you if you are using words that may be off-putting to the very people you want to connect with.  Think about recent conversations with prospects.  Did their eyes glaze over because of the stilted conversation.  And I use that term loosely, because when industry specific words are being used, it is not really a conversation but more a monologue.

Did you utilize methodology to determine the necessities of your prospect.....

Did you ask a few questions to find out how you can help to solve your prospect's needs?

Who Makes You Think?

Yesterday, I met with Marc Hustek, a Realtor with Howard Hanna in Rocky River, Ohio.  He is on the executive committee of the Rocky River Chamber.  I am a new member of this chamber and so far I have been extremely impressed with everything about this organization. 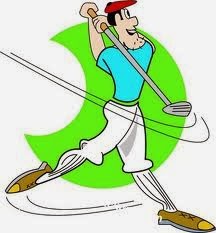 Marc, explained it to me.  He said that they are committed to paying attention to the details so that no matter what event members attend they have a GREAT experience.  He shared how their annual golf outing is a well-oiled process starting immediately when the chamber member drives up to the club.  Everything is choreographed to have no waiting in line.  (Think about the golf outings you've been to.)  To make it continue to stay fresh, instead of the same old, same old games, last year one member who sells windows, donated a few.  Those windows became targets on a green for golfers to try to break.  Another member set up a camera behind the windows so they could catch them being broken.  Now is that cool or what?

While I don't set up golf outings, what I learned from Marc, was to look at everything that I am doing to see if there is another way to make it even better or more fun.  For me, Marc is a thought-leader and I think we all need to listen to such people to help us remain fresh.
Posted by Debby at 2:42 PM No comments:

Two great things about the direct sales world are standardization and the training most companies provide.

I would also like to challenge that!  Of course, I would.

Standardization of the process is great, but standardization of the person is not so.  Think of any person who sells a multi-level product.  Are they just like the last person who talked with you about the very same product?  If so, they don't realize that they need to be unique.  They haven't given you any reason to buy from them over the other person.

When my friend, Jenn Wenzke, sold Mary Kay cosmetics, she set herself apart by helping others first and then by letting them know about her MK offers.  And she gave a lot of stuff away too.  She also started her own networking group.  It is designed to help everyone else, but you can bet that in the end it also helps Jenn. That's because she was willing to do the work that made her different from everyone else.

John Tarpy, is a representative for CruiseOne.  He loves the company.  The training is great.  But he also reached outside the company to further open his mind.  He took our course last year and now he is even more successful.  One thing he does when he goes to local networking events is that he wears a shirt that looks like a boat captain's shirt.  He stands out from the crowd.

For those in direct sales, what makes you different from all your sisters and brothers in your company.  When you go to your annual conference, do you stand out enough that others want to know about your success?

Tell us about it!

Give a Tithe to Yourself

A thousand years ago (OK, so maybe it was only 500 years) I went to a sales seminar put on by Tom Hopkins.  It was a full day event and while some of his stuff is a little old

-fashioned now, he had lots of good information.  But from the full day, there is one item he mentioned that has stayed with me forever.

Of course, Tom was selling product from the stage.  He had both video and audio cassettes available and was making the deal sound irresistible. He stopped his sales process, (although now that I look at it, it was probably a step in the process!) walked to the other side of the stage and said, "You know, if you're not spending 10% of your net income on becoming better at what you do, you're just fooling yourself."

I remember sitting there thinking about what I had earned the previous year and realizing what that number would be.  It made me easily decide to purchase his audio set, which I listened to over and over again in my car.  My W-2 the next year showed immense progress in my selling career.


Today, I still go by that rule.  While I may not spend 10%, I probably get close to it.  I like to learn so it is not a chore, but investing in myself also makes very good sense.

What are you doing this year to get better at what you do?
Posted by Debby at 9:30 AM 2 comments:

He Lied to Me

As a sales manager, I assumed that my team members would act in every way to make themselves successful

What a dunce I was.

One person proved me wrong.

He lied to me for weeks.

And he was a referral from a trusted CPA firm.  We did work for their clients and so wouldn't they refer good people to us????

To make this a short story, the sales person (we'll call him Joe) managed to get his license suspended by having a DUI.  Joe had a license when he came to work for us, but evidently lost it soon after.  Now in our office the sales people were in and out.  They did not have to appear each morning before heading to their territories, because some were far out.  So it was not usual for me to miss seeing a sales person all week because I was also out selling while managing, too.  Joe managed somehow to show up for the required Monday sales meeting.  It took me at least two months to figure out what was going on.  Obviously without a license, Joe was  not out working in the field. If Joe had communicated with me sooner, maybe, just maybe, we would have figured out a way for him to work inside during his time without a license.  But since he was devious, he was out the door.

As a result of this experience I learned to communicate with my sales people on a regular basis and know where they were and what they needed from me.  I stopped thinking that they would do everything they could to be successful.  I feel badly about that attitude, but I think for the people who were great, it just made them greater.  They liked me helping them.

What help does your sales team need?

As I look back over my career, I remember all the lessons I learned by experience!

One time as a sales person I was so frustrated with a client and I told him so in no uncertain words.

At that time I worked for a payroll service company and had taken on this restaurant client mid year, so they would start on our service at the beginning of the third quarter.  For those that are unfamiliar with the process, I had to take all their records from January to June 30, make them balance; be sure they had paid their payroll taxes and generally tidy everything so we had a good clear slate when we began July 1.  The client literally gave me a shoe

box of information for both companies.  I had a long weekend vacation planned but canceled because I knew it wasn't going to be a one hour job as this was back in the day before computers were in everyone's hands.  I had to use the old fashioned ten-key calculator.  On Tuesday when we called to get the first payroll information to run their payroll, the jerk (really, I'm over it!) owner said that he had changed his mind.  I called him to find out what the issue was and he just said that he didn't want to use our service and would I please forward his records to him.  I may  have said some not so nice things back to this person.

When I mentioned my conversation with our owner, he got one of those looks on his face that told me I was in trouble.  Not only did he tell me that I had to apologize for my behavior but that I had to do it in person.  My job depended on it.  To this day I still think I  was right, but I wasn't the boss!

What I did learn was to never burn a bridge for various reasons, all very logical. But the real one that stays with me to this day is that I never want to have to beg for forgiveness in person EVER AGAIN.

Really I'm over it!  (I think this post is about relationships and how to maintain them....I think!)

Don Kardux, Business Navigators, brings us his monthly view of a book that would be helpful for us to read!  Dob shares:

Bill Munn is a graduate of  Owens Illinois' corporate world. He rose through the ranks from Sales Rep in 1971 to VP Division General Manager with five steps in-between.

In 1990 he left OI and started his consulting practice where his web site explains his focus. “Bill Munn helps executives manage teams to their greatest potential, customizing coaching plans to maximize the performance of each individual.”

While the book is relatively short (Twenty –Eight chapters) it is packed with insight and practical action steps. The action steps (he calls them –Implementation Tools) are deceptively simple and therefore encouraging for the reader to use.

Bill didn’t write the following words. I don’t know who penned them but they represent  his view. “In order to do things on purpose, you must have a purpose.”

Two of the chapters really echo Marcus Buckingham’s Strength Based Management Approach and therefore resonate with me. The chapters are:

The book is worth the read and if you want more you can go to his website and click on his blog.
http://billmunncoaching.com
Posted by Debby at 9:30 AM No comments: