MLM At Its Best

Yesterday, I met a new networking contact. She happens to represent an organization that has the Multi-Level Marketing (MLM) model of business. Now there are some people in the MLM businesses out there that give MLM a very black eye. ("Sign here and then I'll let you leave.")


Valarie Fasue, is not one of those!

She represents Pre-paid Legal. And does it very professionally. At my request she shared her (her, not the company) story which made her very endearing to me. She has worked very hard to be where she is today. She has had several other professional careers and came to this after considerable research. Can you guess that she is already successful?

What made us both laugh is a story she told me about a networking experience she had. At this event she met another business woman and asked if they could meet so she could find ou

t more about this other women's business. The woman declined saying that she didn't need any legal help. Valarie laughed and said, "I just wanted to find out about her, but I realize that she thought I was going to try to sell to her."

Never one to let some little rejection get in her way, Valarie just approached another contact and made an appointment to find out how she could help that person.

Don't you wish all sales people would have Valarie's mentality?
Posted by Debby at 8:14 AM No comments:

Today I found out that a networking event I was involved with the early part of February was a success.

Well, actually that evening I thought it was a success, but today I got the stats!

It was during International Networking Week, which is the first full week in February. A group of us in Findlay decided to put together an occasion that would help all the organizations in town to become more successful. What that meant for most of the groups that played, was to gain more members.

Today, I met with Mike Pepple, from First Federal Bank. In our wide-ranging conversation I found out that Mike is the proud dad of 11 year old twin sons. I also found out that his Kiwanis Club realized 7 new members as a result of having an exhibit table at the event.

That is what networking is all about as far as I'm concerned. Helping others to be more successful!
Posted by Debby at 9:08 PM No comments:

Last week I wrote about being judgemental and how I need to realize that in networking situations, sometimes people appear to be stuck-up when in fact they are shy.

Last week at the GreaterFindlayInc.'s Fresh Brewed event, John Bauer, Executive Director of the Bluffton Center for Entrepreneurs was one of the featured speakers of the morning. I was really interested in what he was about and wanted to connect with him after the meeting was done.

etworking tip that morning at Fresh Brewed, I told about my judgemental ways in networking and asked the audience for help in reaching out to the shy people. That seemed to ring a chime with many of the attendees as quite a few came up to me and mentioned it later on.

Afterwards, I didn't get to find John Bauer in the crowd, so I got his contact information and sent an email letting him know that I'd like to find out more about his Center. Here is the return email that he sent back.

Now, I have to tell you that when I was typing the email, my mind was doing the, "He's proba

bly too important to talk to me monologue." What a reinforcement of the lesson already learned! I guess habits are difficult to break.

This morning I taught a course. Whenever I teach this course, I find that the classmates can usually help each other.

I use a defined exercise to help make that happen. Basically, I go around the room and have each person tell specifically what they are looking for in a great referral. I help them to become more specific.

There is more to the story, but it really doesn't matter.


The question is, "What do we each do to unknowingly to push people away from us?"
Posted by Debby at 4:59 AM 1 comment:

Last week I met with a new networking contact. From the distance I had made a decision about her -- that she was stuck up. I had even left a message with her asking if we could get together to find out more about each other. She had not returned the call.

Well, I was wrong.

I know, the first time ever in my life.

This person is delightful and looking to make connections. She had not returned the call because she had been out of her office for a week.

This person is new to the community and would like to have some help in getting to know other women. I can help with that!

Okay, so I am baring my chest (now that's a scary picture) over this beca

use I did it again. I made a judgment AGAIN. Similar circumstance. Large group of friendly people. One a little stand-offish. She is probably shy. Or she could have been feeling not part of the group. I feel a little that way with this group of people, but for some reason this time it was better.

Did I help her to feel more comfortable? I am embarrassed to admit the answer is no. But to my defense, she stuck to the side of her boyfriend all evening, so it was kind of hard to strike up a conversation.

So there ya' go. Maybe this week I'll be better.
Posted by Debby at 5:35 AM No comments:

Maybe I'm Not So Nice

Please don't try to fool me.

A couple nights ago I received a call from a young man I didn't know, but who used the name of people I was familiar with.

He explained that he is a college student, doing an internship with a company and that p

art of a homework assignment was to demonstrate a product. Would I be willing to help him? He also said that the people who had given my name to him had told him that I was so nice that I wouldn't be able to turn him away. 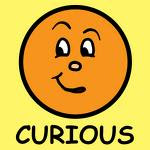 Being the curious type, I asked what year he was in at college and what company he was interning with.

It turns out that the company he was interning with, was also the company that he was going to demo products from. Knowing that I had now been manipulated, I still thought I could help the young man by meeting with him.

I figured out a time in my schedule and suggested a local coffee shop for a meeting place. His comment was that he needed to meet me in my home. I explained that it was the coffee shop or nothing. He said that it was company policy to do the demonstration in the home.

I explained that we did not have a meeting of the minds.

I am not too happy for a couple reasons.

I hate manipulative sales tactics. They give the whole world of professional sales people a back reputation to overcome.

I also don't like mis-truths. While the young man may not have been technically lying, he was certainly merging and bending the truth.


I have a strong feeling that the demo company is a direct sales company. Again tactics like these, have tainted that industry's reputation.

I also have a good guess going, that this young man didn't figure out his story all on his lonesome. I think he is being taken advantage of.

What do you think about this situation?
Posted by Debby at 8:50 AM No comments:

This morning I attended the first SocialMediaBreakfastToledo . This cracks me up because of course social media is online. I do know that in-person meetings take place as a result of people meeting online, but I'm not sure how often that happens.

ay, I am glad the organizers of this event realized the need for people to connect and also learn in person. Two of my friends were involved: Julie Cantu, 360 Graphics and Michael Temple, Temple Development Company. Bravo goes to both.

I am trying to learn as much as I can as quickly as I can about all this stuff, Tweeter, Linkedin, Facebook and bunches of other stuff.

The word is that if you want to know all the points that were made and resources mentioned, you can go to Twitter. If I have this right (and I'm sure someone wi

ll correct me if I am not!) the Twitter Hash Tag is #SBTOL. (correction: if should be #SMBTOL) (Well, I just tried to figure that out and failed.)

The next in-person meeting is May 1, location to be announced.