Like me, I'm sure you all have so many requests from people you have never met to connect on Linkedin or Facebook or other social media sites.  I am a relic, so unless I already know the person I don't usually agree to the link.  Ever so often, a new person will actually be appropriate in the way the try to make the connection.  That happened last week. 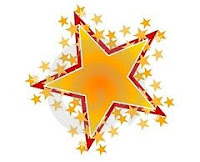 Stacey Heckel is a sales rep for Paychex here in the Toledo area.  She actually took the time to customize her invitation to me instead of relying on the old, "Please join my professional network."  Because of her extra effort, I suggested that we meet for coffee.  Now having also worked in that industry in the past, I do know that this time of year most of the payroll sales reps are busier than the proverbial one-armed paperhanger.  But Stacey made the time the day before Christmas. One gold star.

Stacey didn't try to sell me on payroll.  She did ask if I had any employees and when I explained that I only had vendors, I was poised to the "Well we can do 1099s attack."  So right from the start she demonstrated that she understood the value of relationship development instead of pushing product.   Second gold star.

When she found out that I had also worked for Paychex ages ago, she asked for advice and actually listened to it.  I knew that because she then would ask more questions.  Gold star 3.

I began to tell Stacey about the networking opportunities that she didn't know about and filled her in on the details of some groups that she only knew a little about.  She took notes.  Gold star 4!

But Gold Star Five was when at the end of our conversation, Stacey turned it around and asked what she could do to help me.

I predict that Stacey will be successful in this position because in order to do so she needs to develop strong relationships with those who can refer and introduce her to business owners.  By training she is a social worker.  She likes to really help others and that training will pay off big time for her.

A  5-star meeting the day before Christmas.  Now that's what it's all about!

Is January a Throw-away Month?

So last week, I was trying to find some organization networking dates for 2013 for a couple reasons.  I post many dates in our Connext Nation newsletter AND I wanted to make my own networking plans for next year.  I want to reinforce that this was happening in the middle of December.

Boy did I hit a wall!

Evidently, it's just not done to publish the January dates until January or not at all.  Yesh!

While this is very frustrating to me, I decided to just set my January goals in a different way.  I will have coffee and chats with two new people per week.  I've already accomplished setting those appointments through the middle of January.  And gosh, those people wanted to get back to work.

So, if you are the keeper of the website of a member networking organization, please, please, please schedule your next year's dates on the calendar no later than the end of November.  And that's my rule.

How are you working differently for the beginning of the year?
Posted by Debby at 3:05 PM No comments: