In my stack of library books was Simon Sinek's new book "Leaders Eat Last."  I had just started reading it when Don Kardux sent over his book report for this month -- the very same book.  So get a little peek by reading below. 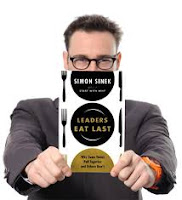 The words Potpourri and Smorgasbord come to mind after reading Simon Sinek's most interesting collection of facts, theories and stories.

The subtitle "Why Some Teams Pull Together And Other's Don't" really is answered in the source of the title. A United States Marine Corps' tradition is that during their gathering to eat. General George J. Flynn writes in the forward to the book "you will notice that the most junior are served first and the  most senior are served last. When you witness this act, you will also note that no order is given. Marines just do it. At the heart of this very simple action is the Marine Corps' approach to leadership.
Marine leaders are expected to eat last because the true price of leadership is the willingness to place the needs of others above your own."

Throughout this book Sinek continues this approach to leadership and the understanding that members of the team - employees- are the most important part of the leadership and success equation.

He emphasizes the 'Circle of Safety' and illustrates it with Aesop's  sixth century B.C. fable.

"A lion used to prowl about a field in which four oxen used to dwell. Many a time he tried to attack them they turned their tails to one about, so that whichever way he approached he was met by the horns of one of them. At last, however, they fell a-quarrelling amongst themselves and each went off to pasture alone in a separate corner of the field. Then the Lion attacked them one by one and soon made an end of all four."

His focus on the 'Circle of Safety' also directs itself to primitive man and gathering around the fire for mutual protection.

James Sinegal, cofounder of Costco, is one of the examples used to illustrate this 'Circle of Safety'.
Sinek recalls "In April of 2009 Costco experience a 27 percent decline in sales. The industry began to retract and some chains announced layoffs. What did Sinegal do? He approved a $1.50 -an hour- wage increase, spread out over three years." He summarized his decision "This economy is bad, we should be figuring out how to give them more , not less."

I have noted over 37 really interesting revelations in this fine book.

One of my revelations focused on motivation through chemicals. The chemicals to which Sinek alludes are produced naturally in our bodies:
·         "Our ability to work hard and muscle through hard labor is thanks to endorphins
·         "Our ability to set goals, focus and get things done comes from the incentivizing powers of dopamine. It feels good to make progress and so we do."
·         "Serotonin is responsible for the pride we feel when those we care for achieve great things or when we make proud the people who take care of us."
·         "Oxytocin helps us form bonds of love and trust”

Which leads to his conclusion about motivation. Sinek writes:

"We cannot motivate others, per se. Our motivation is determined by the chemical incentives inside every one of us. Any motivation we have is a function of our desire to repeat behaviors that make us feel good or avoid stress or pain. The only thing we can do create environments in which the right chemicals are released for the right reasons. And if we get the environment right. If we create organization cultures that work to the natural inclinations of the human animal the result will be an entire group of self- motivated people" but, its premise is sound and it is worth the read.
Posted by Debby at 6:47 PM 1 comment:

This month, Don Kardux was pointed to a fascinating book by our friend Sandy Pirwitz.  I think you will want to read it too!  Read on! 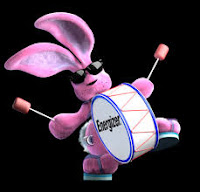 Dick and Sandy Pirwitz are two of our dearest friends. Some think that Dick and I look like ' brothers from a different mother'. In fact, a few years ago a beautiful little four year old looked up at Dick and said, 'Bubba Don, pick me up' and her mother said, "Stella, that isn't your Bubba Don.

Sandy, while a bit vertically challenged  is taller than Shaq in intellect and zest for life. She makes the energizer bunny look old and slow.  Sandy and I share a love for books. She has bookcases filled and is looking for more bookcases.  Over our quarterly coffee last week she introduced me to Daniel Coyle's book, 'The  Talent Code'.

From the title of the introduction to the last page (236 ) this book explains a lot about great talent. Coyle provides compelling evidence that "Greatness isn't born,  it's grown"

From his introduction."Every journey begins with questions, and here are three:


Daniel's search into what he calls "Talent hotbeds" helped him to understand the nature, the 'Code', if you will, of how exceptional talent is grown
.
This book is divided into three parts:
1.     Deep practice

The major factor in talent growth is understanding a neural insulator called myelin. As we use neural pathway repeatedly the myelin wraps itself around the pathway "the same way rubber insulation wraps a copper wire, making the signal stronger and faster by preventing the electrical impulses from leaking out".
Talent is formed says Coyle by "Deep Practice". I'm reminded of the saying, "Practice makes perfect" which is incorrect. "Perfect Practice makes Perfect and bad / flawed practice doesn't".

But what motivates people to engage in 'Deep Practice' is revealed in the second part of the book-'ignition'.  How people 'catch on fire' and are willing to spend the time and pain growing to greatness is extraordinarily interesting.
And finally, what are the people who teach others to grow their skills like?

The third part of this rich book - 'Master Coaching'- was really eye opening and significant to me.  I've met a few 'Master Coaches' over the years and this part of the book demystified many of their practices. Debby Peters, I understand you better but you still are a mystery to me.

As I continue to read I'm struck a how similar themes appear in writings by others.
In Marcus Buckingham's 'First Break all the Rules' on page 84 he echoes the Myelin reality.  "Talents are the four-lane highways in your mind, those that carve your recurring patterns of thought, feeling or behavior"
And Malcolm Gladwell referred to the 10,000 hour rule in "The Outliers" which is echoed in this book on page 51. "Every expert in every field is the result of about 10,000 hours of committed practice call 'deliberate practice' and which Coyle calls 'Deep Practice'.

Thanks Sandy, you make my life better.
Posted by Debby at 9:30 PM 1 comment:

We are back with a great new book review on a classic by another classic, Don Kardux!  Enjoy and ponder!

Shortly after Jim Collins published this book in 2001 I read it.


Since then I have used it as a guide for over fifty companies with which I've had the good fortune to work.

The lesson is simple.


If you want your company to move from merely being "A Good Company" to being "A Great Company" there are some actions and positions you should take.


First, it is important to understand that "Good" is the enemy of "Great" and that danger can be summed up in a word "complacency"

Jim created a research team of over twenty-six people who found  eleven companies who met the  qualifications of being "Great" i.e. having stock market returns on investments over 300% higher than the market average sustained over fifteen years.


The team then identified eleven other companies in comparative industries that did not meet the qualifications of 'Great'.

Walgreens is a 'Great' company but  Eckerd was not.


Circuit City was a 'Great' company but Silo was not.


Circuit City? That's right! A few of the selected companies didn't make it in the next fifteen years.

Jim's answer to that issue is in his 2009 book "How the mighty fall: and why some companies never give up."


Enough of this rabbit trail.

Jim's team asked the question, what does the 'great' company do differently than the 'good' company in the same industry.


They discovered 7 behaviors that 'Great' companies shared and they explained them in chapters 2 thru 8.


4.        The Hedgehog Concept (Simplicity within the Three Circles)

It's funny that I'm reviewing 'Good to Great' now after focusing on thirty other books in this book review blog for Debby's wonderful Connext Nation group.  It's funny that it took me over two years and six months to review the book I use the most.


There hasn't been a week in the past fourteen years that I haven't mentioned to a client or seminar participants or strangers in an elevator an 'Aha' that an idea in this book generated.


In fact, chapter 3, behavior 2 'First Who...Then What' radically changed my approach to working with strategic planning and other operational challenges.


Like many 'Great Truths' which are painfully obvious after someone writes it down and clarifies it's people first not strategies.


Get the right people on the bus and they can figure where to go!