Learning from the Best

I realized the other day that I have had a lot of coaches in my life.  Specifically, the day I was thinking about this, I thought about the people who have helped me with my clothing style.  Many years ago I hired Ruth Milliron, the co-author of All Together You:  Learn the Secrets of Looking and Feeling Terrific.  I had a closet full of workweek clothes but nothing to wear to the Rotary event with my hubby.  That was the best money I ever spent.  Within about 2 hours, she had me lined up with at least five different outfits, from very formal to dressy casual.  Best of all, she helped me to see my style.  Don't ask me to give it a name, but I understand it.

What seems like thousands of years ago, when I was living in Detroit, a chance presentation at some networking event that I attended, gave me a little nugget about how elastic belts (that are a little out of fashion now!) help to define the waist.  Since I am more or less built like a telephone phone, that was great advice. 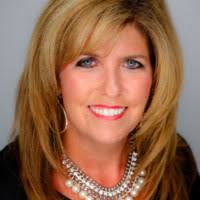 Recently, at another networking event, Stacy O'Brien, Premier Designs Jewelry, offered a free closet consultation to two people.  You can bet that I got to her quickly. Right away she understood that I needed assistance in my casual, weekend clothing.  I guess sweats and a t-shirt don't constitute a style!  Again within 90 minutes she had paired so many things in my closet that I would never had thought of putting together.  She had me takes pictures so I could have my "cheat sheet" for later.

But this is not just about clothing.  You see, I never went to college, but I have never stopped learning.  Sometimes a coach (or mentor) didn't even know he or she had that title.  They just appeared and gave me what I needed at that time.  Sometimes it has been a formal arrangement, where I paid money for their services.  It doesn't matter which it was, because I value coaching,  Without it I wouldn't be the person I am today nor would my business have succeeded!

Who have you had in your life that has made a difference in your success and do you think of that person as your coach?
Posted by Debby at 11:08 AM No comments: