Tales from the Networking Word

Not knowing how to network the right way can damage your credibility in the business world.  One aspect that some sales people break ALL the time is not knowing that networking and sales are two different animals.  Each event should be evaluated first to determine the correct behavior.

Several months ago Connext Nation was hosting an early morning event.  We had a huge contingent of grads of our course and they all know how to network the right way.  Then we also had some guests, one who seemed to have a memorized script in his head that came out of his mouth when he opened it! I actually tried to engage him three different times during the time we were together.  He could just not carry on a conversation that took him away from his prepared sales talk.  His last act before he left was to go around to each person and pass out his card (without asking for anyone's in return.)  But that's a whole other topic!

So to make sure that we're all on the same page, at a networking event, the best thing to do is to ask questions to engage other people and begin a friendly relationship that can be elevated in the future.  At a sales type event (like a trade show where you are the exhibitor), again asking questions will give you a lot more information than if you just spout off!  But you can of course talk about what you do for a living in this situation!

Networking 101 is a new course we are offering and it will address topics just like the one above!
Posted by Debby at 5:05 PM 1 comment:

Are You Coming from Scarcity? 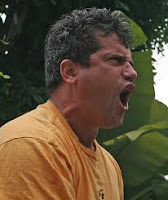 Many years ago now, I asked one of my fellow BNI members to attend some Connext Nation event.  I don’t remember what it was, but it was probably free.  He launched into a verbal attack saying that all I wanted was money from him.  This diatribe went on for what seemed liked eternity, but probably only lasted a few long seconds.  I was so puzzled, because I am not the take it all, leave nothing behind type of sales person.

I mentioned this unfortunate incident to a friend who is much smarter than I and she said, “Debby, he is coming from scarcity.”  I had not heard this terminology before and asked for more explanation from her.  She explained that when people feel that they are not getting enough that fear takes over.  They will lash out inappropriately when pushed beyond a certain line that has been drawn in the sand by their mind.  Hence the attack that seemed to come from nowhere had been brewing for awhile and I was the unknowing trigger.  To say the least I kept my distance from this man at all times in the future.

Scarcity makes us all act in ways that we probably are not proud.  Beyond the lashing out mentioned above, we also tend to hoard or hold on tightly to anything we perceive as our own.  We don’t easily collaborate or give freely of ourselves. Recognizing these actions is important because most of us don’t want to push others out of our lives permanently.  Our emotions want more, but our actions are gaining less.

Years ago, the late Thomas Leonard, was an expert at sharing online coaching and marketing concepts.  He was way ahead of his time when he founded TeleClass.com in 1998 and had 100 TeleClasses being delivered in any one week.  I listened to many of his classes and was fortunate enough to even be on some with Thomas “live.”  A participant asked one time, “Aren’t you afraid that people are going to steal your ideas?”  I’ll never forget his reply.  He said, “I hope they do so, because I think you should give away 60% of what you have and know, but charge dearly for the remaining 40%.”  That phrase has been running through my life ever since then.

Scarcity behavior has a way of driving people and money away from you.  Is that the vibe you are putting out and if so, is it what you really want?
Posted by Debby at 1:34 PM No comments: