So about a  year ago I had an appointment with a gentleman that was referred to me by another person who I don't know well.  We'll call my appointment guy Jake.  Jake was interested in what I had to offer him and 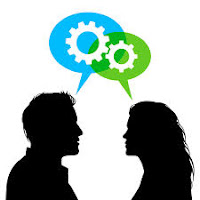 Now just the other day, I received a LinkedIn message from him asking me to help him recruit new people to his company.  Ruder.

I figure I was one of hundreds of people that he contacted in the same manner, mining his LinkedIn position.  This is what I really dislike about LinkedIn and the way it is being used by some.  But really it is not this social media platform that is at fault.  Really the responsibility lies right with the user.  One who is so rude that I would NEVER refer a person to work for him.

What are your thoughts on this?
Posted by Debby at 3:08 PM 2 comments: