Yesterday I had a networking appointment with someone who had called me. In his phone conversation he said that "a banker had given him my name." He didn't name the banker and he also shared that he had started a new business after a long career in banking. The new focus happens to be a multi-level marketing company.

I agreed to meet with reservations. I really didn't want to be sold to for an hour, but I am not shy about stopping people from doing that, so I agreed.

You're expecting the worst, aren't you??? 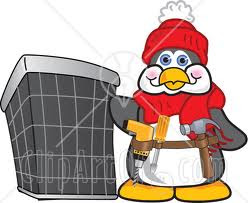 Well, I was too and we were both wrong.

As I walked in to the coffee shop, a unknown-to-me gentleman was talking with a very good friend of mine, Jason Madasz. It turns out that the two of them were acquainted and Jason gave the indication of "OKness."

In the end, this gentleman did not sell obnoxiously, but asked for help and advice on how to network appropriately. I explained how it was easier to have others introduce him to prospects because he received "acquired credibility." I call it the AC factor. In this instance, Jason's credibility with me, made me even more open to the new person. I knew Jason wouldn't risk his relationship with me by selling me up the river with an obnoxious person.

We all have the AC factor and it is a valuable tool to give or to use. Those new to sales just need to know about it!
Posted by Debby at 7:23 AM 2 comments: