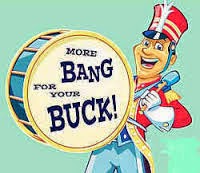 I was at a chamber lunch where the sponsor of the lunch was a large law firm.  There were 17 attorneys from this firm at the lunch and when each one was introduced, they were all sitting at one of two tables.  I couldn't help but wonder what bang they were getting for their marketing buck by sitting with each other.

What would have happened if instead, the 17 attorneys sat at 17 different tables?  Do you think their ability to gain a positive return would have doubled, tripled or even quadrupled?

I can never understand the concept behind a company "paying for a table" at an event and then not even thinking about how to use that to their best advantage.

A couple thoughts beyond the one above are:

I'm sure you can come up with more ideas.  Share them with us.

It's funny how real life provides great example of business sense!  This is all about my apple tree.  So first let me digress.

In the word-of-mouth marketing world, someone who provides multiple and ongoing referrals is nicknamed an apple tree.  The person who buys is the apple.  Good analogy, right?

Well, enter my apple tree, an heirloom, Arkansas Black.  It is a couple decades old.  It didn't start producing till about 2 1/2 years ago and then by golly, it gave us so much that we didn't know what to do with all of the apples.  Same last fall, only I think there was more fruit.  We have given it minimal care, but it is protected from the winter's evil winds and is a tree that the grand girls love to climb.  It
gets plenty of water where it is located.

Wow!  My tree is just like a the business apple tree.  It didn't produce overnight, in fact, in the referral world, I probably would have not gone the extra years to get to production.  With people "apple trees" they are a long term project.  They have to get groomed and talked to to develop the strong relationship before that first referral is ever issued.  But if we stay long enough, the apples are so many that we just have to keep calm and enjoy the abundance.
Posted by Debby at 9:05 AM 2 comments:

What Could Make You Happier? 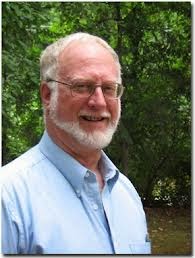 I am excited to again bring the reading knowledge of Don Kardux, of Business Navigators, to you with his monthly book report.

Don says, "John Bunyan and Dan Harris have something in common.

In February of 1678 Bunyan published an allegory titled ‘Pilgrim’s Progress’.

But it’s Dan’s journey to get relief from his burden and the steps he takes and the people who help (or don’t) is what makes this twentieth century ‘Pilgrim’s Progress’ fascinating and a great read.

Dan says, “According to the Nielson ratings data, 5.019 million people saw me lose my mind. It happened on June 7, 2004 on the set of  Good Morning America”.
Yep, Dan Harris, our author was and still is an anchor on Good Morning America.  You can see him most any day.
And that’s part of the fun of this book. Television personalities become, for many of us, very real in a personal sort of way and so reading how Dan got into and finally out of his “Valley of the Shadow of Death” is significant and enlightening.

For Dan the answer was a form of Buddhist meditation. It made him 10% happier.
The appendix: Instructions is a practical way to implement this approach.

My son Chris introduced this book to me and says that it works. I believe him.

Finally Dan has these thoughts on the last page of the book.
“Forget your preconceived notions. Forget the dopey packaging and the unfortunate cultural baggage. Meditation is worth the work- even if you’re too embarrassed to admit to your friends that you’re doing it.
Under the sway of the ego, life becomes a constant low-grad crisis. You are never sated, never satisfied, always reaching for the next thing, like a colicky baby. Meditation is the antidote. It won’t fix everything in your life, make you taller, or (most likely) land you in a state of bliss on a park bench. But it can make you 10% happier, or maybe much more.”
I urge you to read this book. It might make your life better."
Posted by Debby at 9:30 AM No comments: