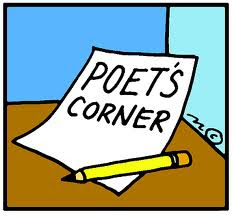 A little over a week ago I provided training for BNI in Findlay. Jeff Reichardt, president of Back Pain Solutions of NW Ohio, was in the class that day. He is from the New Vision BNI Chapter in Lima, Ohio.

During the break Jeff told me that he could write a poem for anyone with just a couple words supplied by that person. So I took him up on the offer and gave him "Networking guru."

I wasn't disappointed. At the end of the class, Jeff came to the whiteboard and within a few short minutes had written the poem below.

I spent some time at MSP (Membership Success Program)
To learn about how to connect
I thought I knew a thing or two
About showing courtesy and respect
But what I learned in 3 short hours
Was more than I ever knew
Thank you, Debby, I learned to much
From my networking guru.
I don't know about you but I think Jeff is pretty talented.
Posted by Debby at 1:41 PM 5 comments: